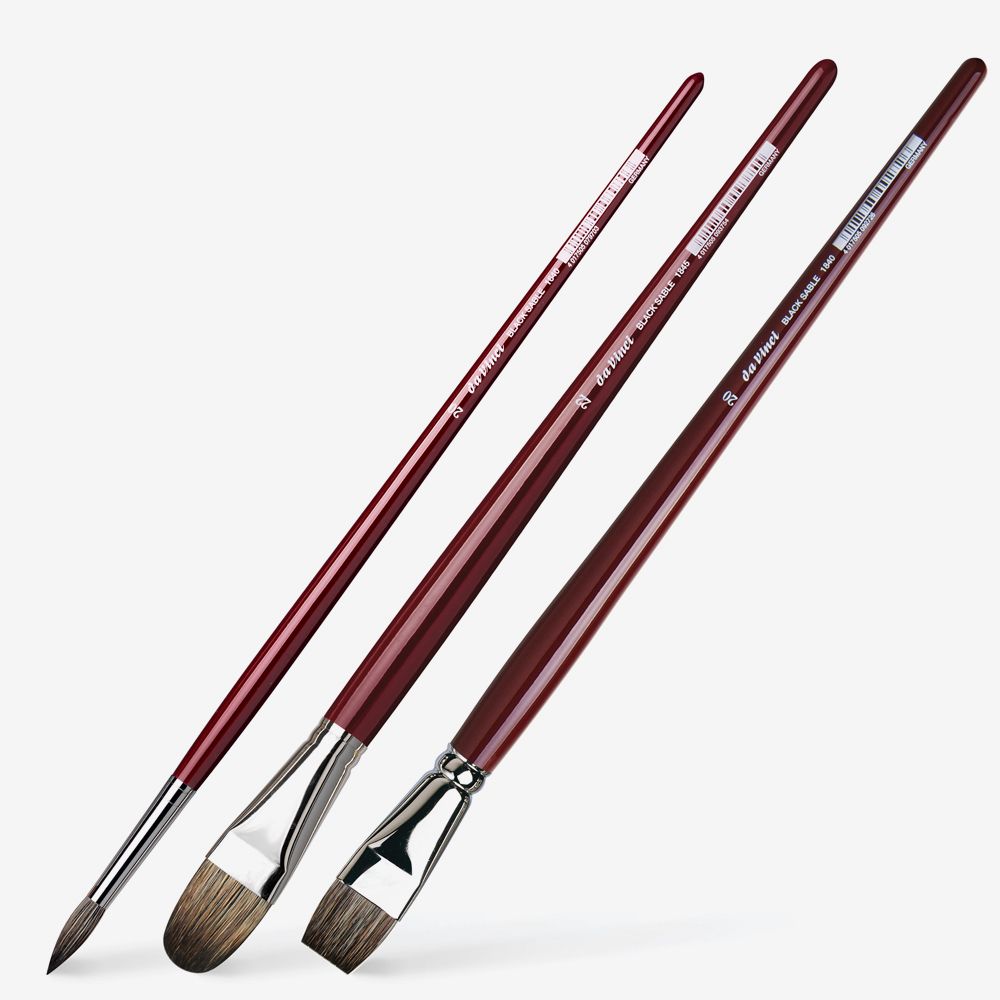 Delivery & Shipping Info
Below is an approximate guide of shipping to the United States. The best way to get an accurate shipping estimate is to add your desired items and delivery address to your basket.
Rating:
96.6%
13 Reviews

Russian black sable, also known as high quality Russian fitch hair, lies directly between artist Chungking bristle and the finest Kolinsky red sable, but still gives the painter the benefits of red sable; its stiffness allows for bristlelike strokes, only smoother without marking the paint layers. In larger sizes black sable brushes have great color carrying capacity. Excellent for delicate blending and smoothing out ridges, it is a favourite among portrait and realist painters. It is the most stable oil painting brush in the whole assortment. Seamless, nickel-plated brass ferrules give it durability and black sable is a great value when compared to Kolinsky red sable hair, especially in large sizes.

Series 1845 - Filberts that combine the advantages of flat and round brushes.

Just what I needed as per advertised.

Amazing , one of my favourites.

I bought sizes 8, 12 & 16 - all rounds. These brushes are superb quality. The black sable is about as soft as a kolinsky or red sable. The difference is that the black sable is a slightly coarser type of hair. This is actually a benefit when using oil paint. In Jacksons' hard copy \"Oil colour catalogue\" (2016) they rate this series as \"stiff\" - on a scale of 1 to 5, 5 being the stiffest, this series is given 5. This is definitely a mistake (page 72). It should be rated 1 or 2, same as a kolinsky or red sable. Since these brushes are soft/very soft, you need to use wetter paint, I.e. more medium. When making a stroke, it also helps to press the brush to the surface and give it a little 'wiggle' against the surface to really connect before making the stroke. Hard to explain, you need to experiment! You can use these brushes for softening too, but I wouldn't say that is their primary function, as they make lovely marks in their own right. (And I can soften just as well with a size 6 filbert bristle.) in contrast, red sables have little noticeable coarseness. Having both black and red sables, I use the black sables far more, and often for strokes where I might also have used a red sable. Just remember that the sizing on sables for oils is different to hogs: a size 16 round sable is about the same size as a size 8 round hog (i.e. halve the number).

I ordered these in various sizes and without a doubt the best brush i have ever used, will be ordering more

Generally happy however, two of my brushes arrived without caps therefore the bristles were splayed and crushed in the freight. not happy about that.

Always a precise selection and excellent delivery - THANK YOU!

Feefo
Write Your Own Review 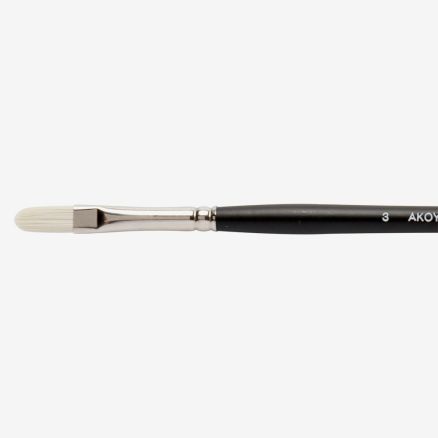 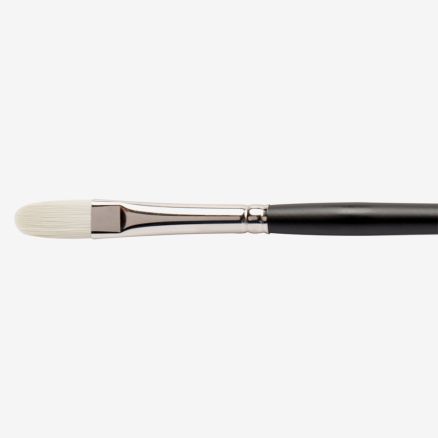 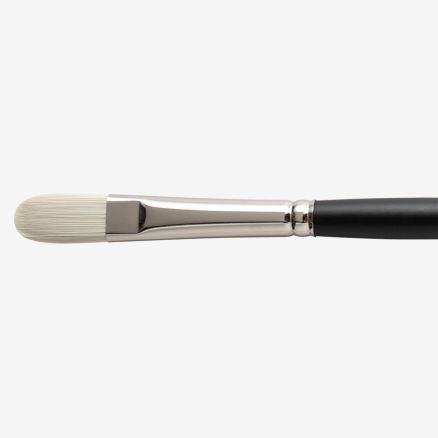 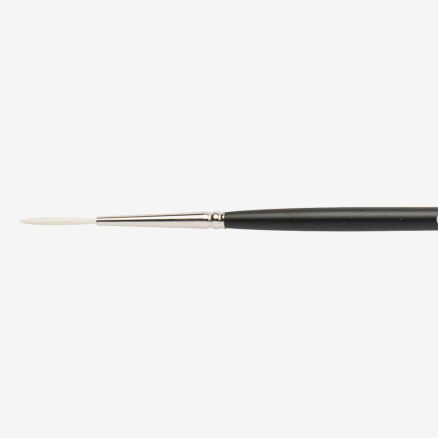 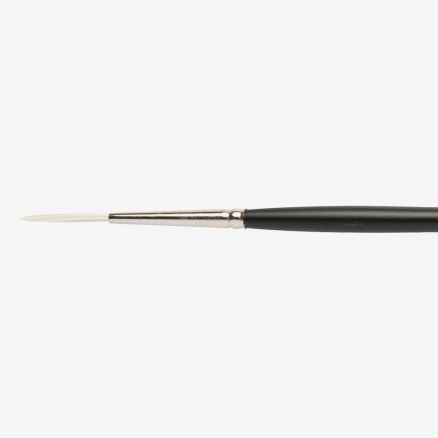 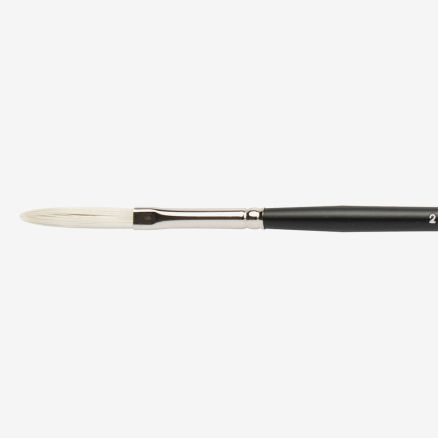 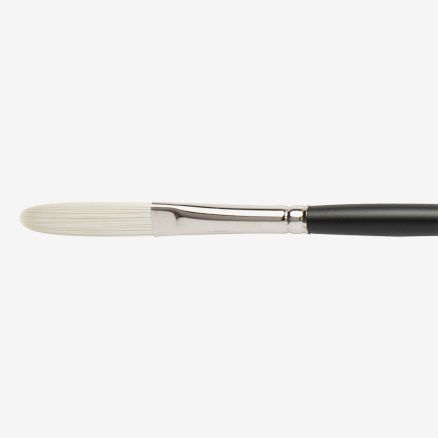 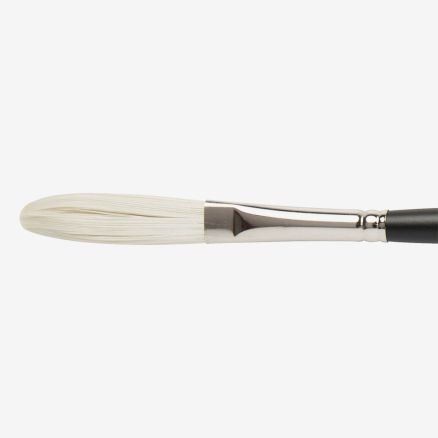 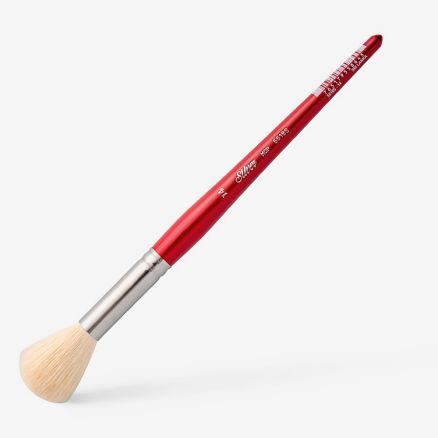 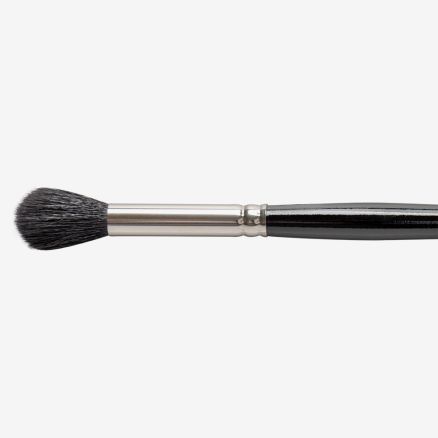